We conquered over 1200 miles of Oregon over the past 11 days, and of all the beauty we took in, one little critter kept me a bit photography obsessed.

Known as velella velella, these small jelly-fish-like creatures are have been washing up on the Oregon coast (and actually all up and down the entire west coast of the US), for at least the past week, due to some fierce, overly-active west winds.

Usually content to float at the whim of an ocean breeze (using their tiny sails to navigate in the wind), these poor little guys have been washing up by the millions and dying off on winds far too heavy for them. As much as I wanted to help, there was nothing to be done for them: putting them back in the ocean merely leads them to float in again. 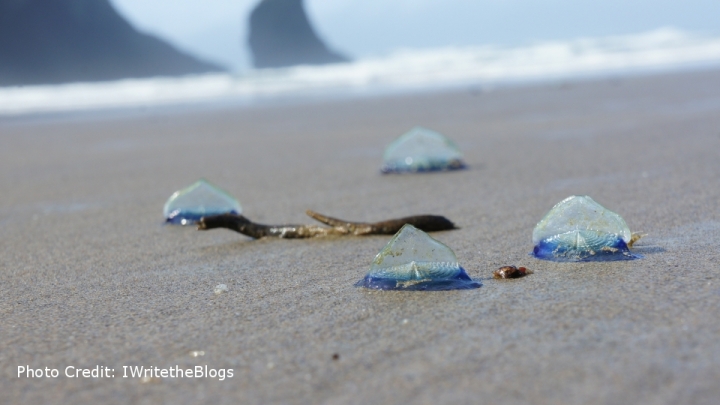 A ranger at Yaquina Head shared an interesting tidbit with us. The sail on velella velella reverses direction based on the side of the equator they are on. An interesting little evolutionary trait… 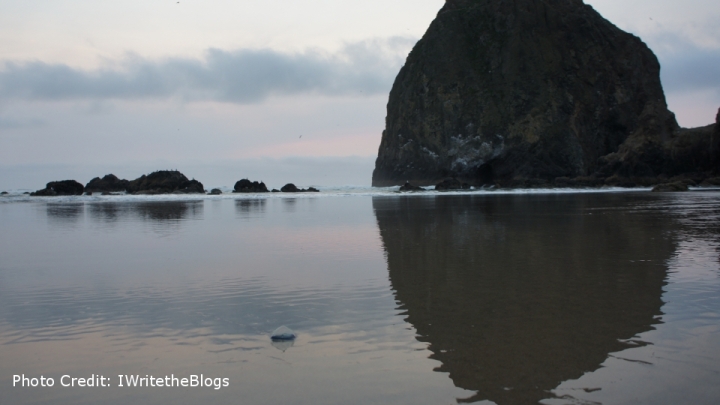 A beautiful blue jellyfish, catching the sun in rainbow patterns, I was able to capture these guys in their last moments on Cannon Beach: they floated in just at sunset. Sad and captivating, I just love these pictures.

DISCLAIMER All writing and original photography contained within this blog are property of IWritetheBlogs, unless otherwise stated. All rights reserved and any reproduction of the works within, without written permission from IWritetheBlogs, is strictly prohibited. Comments on entries are welcome and encouraged. Comments left are the sole responsibility of the commenter, as their validity or authenticity can not be determined by IWritetheBlogs.